Showing posts from January, 2018
Show all

Documenting the 2018 Women's March in LA 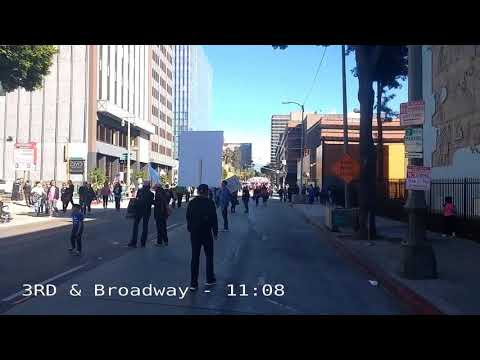 Last weekend, I went to the Women's March in Downtown LA.  While I was there, I had a specific goal.  For a while I'd thought that it was often frustrating how dependent protests were on media outlets to publicize them.  But after the protests over the Dakota Access Pipeline in 2016 and 2017, I realized how critically damaging this reliance is.  It's not just about the visibility of activism: it's about publicizing the facts on the ground.  In the case of  the pipeline protests, stories came out about a woman suffering grave bodily harm when anti-riot ordinance malfunctioned and nearly took off her arm.  The police insisted that any injury had been the result of improvised explosives prepared by protesters.  This kind of uncertainty was shocking to me.  What the hell was going on in rural North Dakota?  Were protesters wildly exaggerating?  Was a peaceful protest being met with state violence and covered up?  I just wanted to know what it felt like on the ground.
1 comment
Read more
More posts