April 28, 2018
Tony, Jack, myself and a bunch of other friends dressed up to see Avengers: Infinity War at the Arclight Hollywood, and it was a blast.

I started my costume six weeks ago, because I wanted to do something pretty ambitious.  I'd made a Captain America costume for Civil War in 2016, and based on the lessons I'd learned, I wanted to make this costume as a leather jacket that I could use as an actual day-to-day jacket.  I also decided that I didn't like the costume Cap wears in this new film, and so I'd ignore it completely and make something like what I thought his costume should've been.


The final result was this jacket, a harness, and a belt.  It's made of some kind of artificial leather. 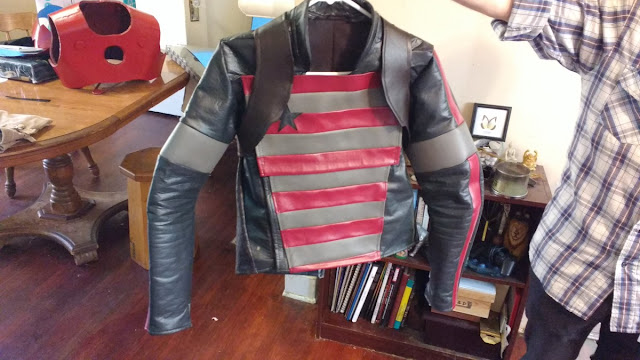 The outfit is based off the uniform a disaffected Steve Rogers adopted when he renounced his identity as Captain America in 1988.  In the movie (left, below), Captain America is wearing the costume from his previous movie, but it's distressed and darkened.  On the right is his costume in the comics.  It's ridiculous, but so are all of the costumes before the costume designers reimagine them for the screen.  Based on the events of the last movie, I think it would've made more sense for Rogers to get a new costume instead of sweating up the same outfit for two years, and somehow darkening it (seriously, is it chared?  Did he lightly airbrush the whole thing?  What's the logic here?).

Here's the gang, hanging out before the movie.  It's fun because people walk up and ask to have their picture taken with you. 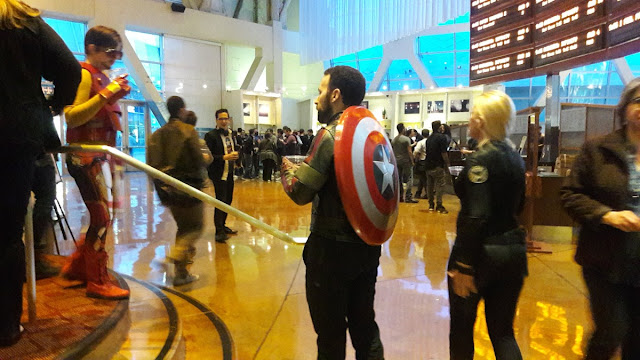 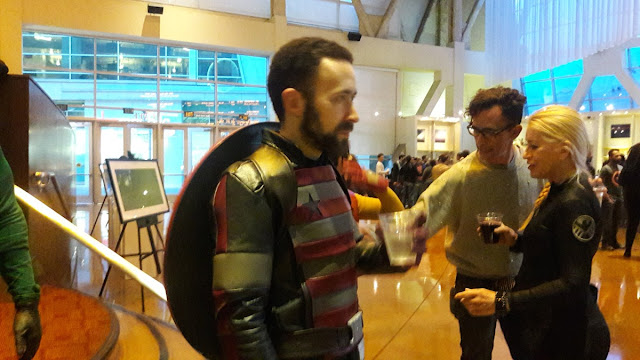 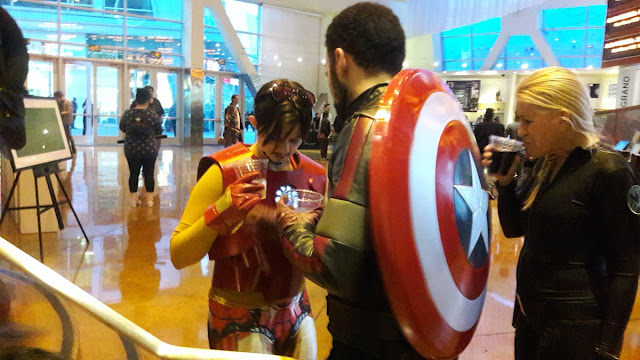 Going into the Movie

Before the movie started, the directors, Anthony Russo and Joe Russo, and the producer, Kevin Feige, came out to thank the fans.  They were joined by two of the stars, Benedict Cumberbatch (who plays Dr. Strange) and Tom Holland (Spider-Man). 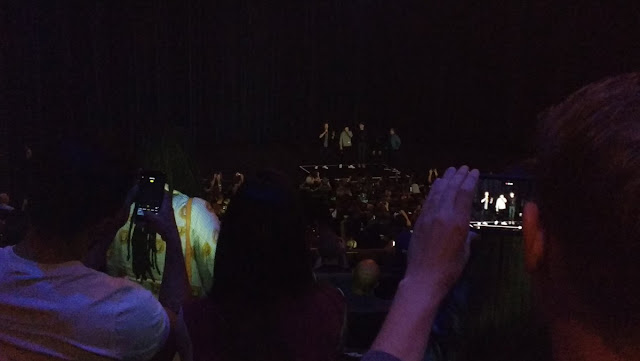 When they exited through the stage doors, Tony and I went out the front of the theater and met them on their way out to their limo/bus.

Tony told the directors that their movies had brought him a lot of joy, and one of them gave him a hug. 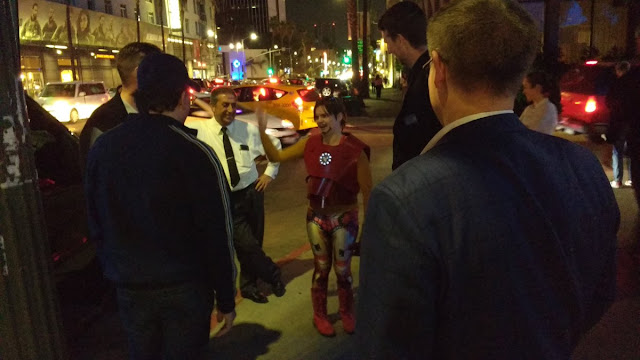 I congratulated Tom Holland and he graciously signed my shield. 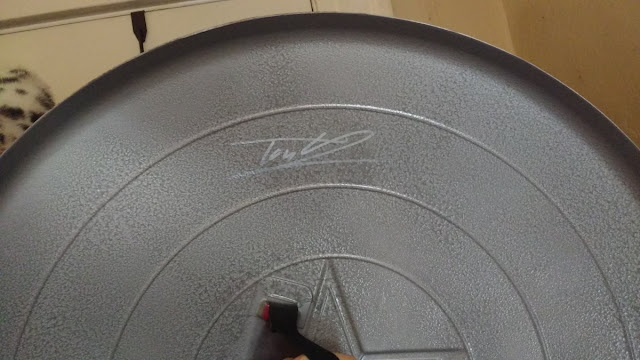 And the movie was just the start of our night.

After the movie let out, we took a few more pictures and then sought out a place to unwind. 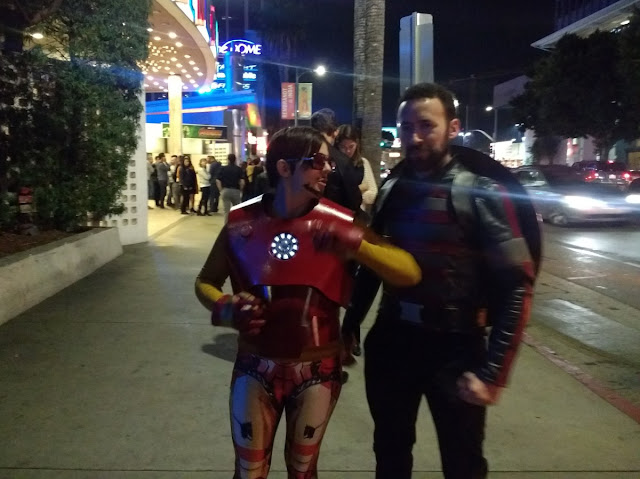 We found a rooftop bar (superheroes love rooftops) and kicked back.  My favorite moment was when a stranger on the pool deck saw me as I was walking to join up with the rest of the group inside at the bar.  He started shouting, "Hey!  Hey, Captain America!" and running toward me.  And just when he caught up to me, he rounded a corner and saw that I was with Iron Man, Thor, the Hulk, and Dr. Strange, and he flat out lost it.  For those who've never tried adult dress-up make-believe -- also know as 'cosplay' -- the appeal is that it allows you and those around you to experience the fantasy of being and meeting fictional characters.  For this guy, his inner ten-year-old was reeling, because the grown-up him is at a swanky bar in L.A., and he just ran into Earth's Mightiest Heroes.  We spent the next half hour discussing the movie together.

Like my costume, Tony's is based off the gaudy outfits the characters wore in the classic comics instead of the sleek, modern ones we see on screen. 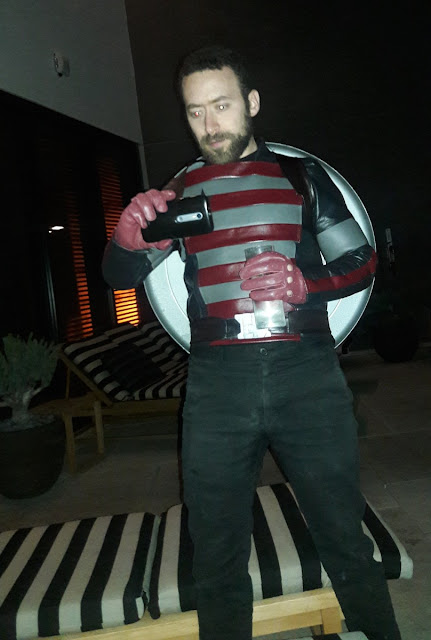 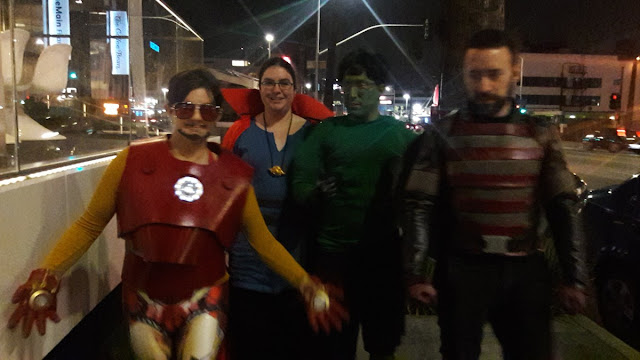 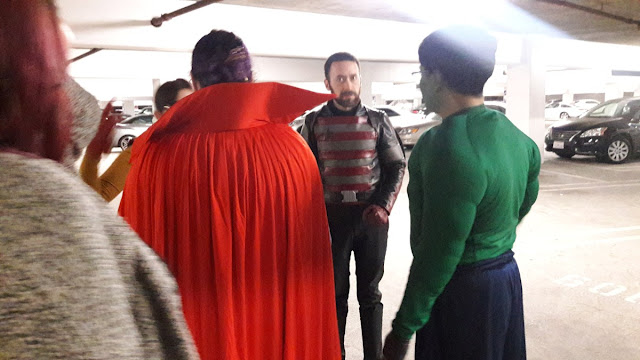 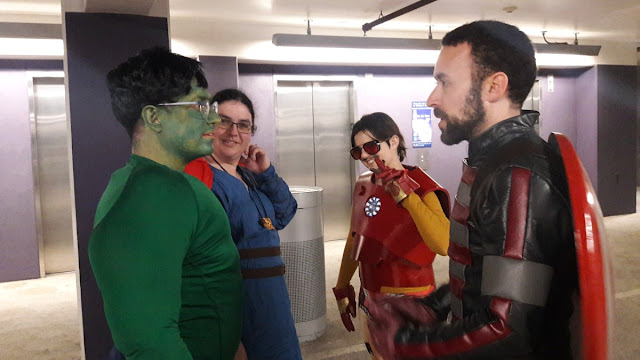 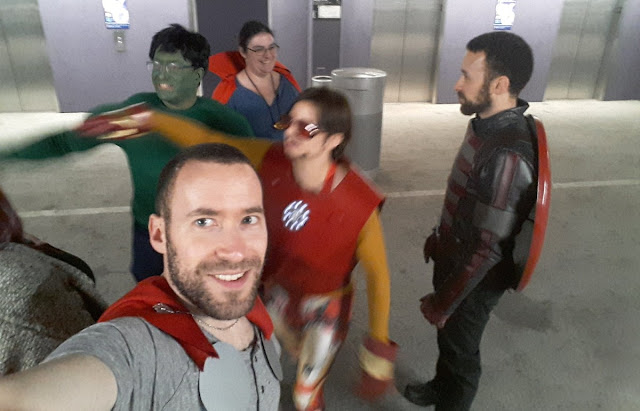 I love doing this.  I love making things, and learning new skills, and bonding with friends.  Honestly, I didn't even particularly care about the movie.  If you haven't dressed up since Halloweeen, you really, really, should try this.  It's 2018, and walking out in public dressed up like a superhero is apparently cool now (the bouncer at the desk on the first floor escorted us into the bar!).  What a night.