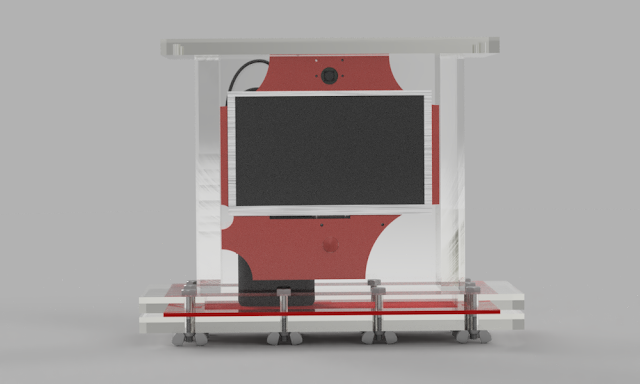 My current project is a collaboration with Jack to build an underwater photo booth.  It lets users take four photos with the push of a button, then uploads them to a cloud drive so folks can post pics of themselves at the pool as soon as they dry their hands off.


There are numerous great online instruction manuals for building a photo booth using a Raspberry Pi, so that part was the first which we completed, and it went pretty quickly.

The current step has been constructing an underwater housing for the photo booth.

I'm enjoying this, because building an effective watertight enclosure has been the prohibitive step of building my ROV for almost a year, so this offers me an opportunity to approach the problem with fresh eyes.  We've bought panels of acrylic, which we now need to glue together using acrylic glue.  If it works, we'll test that it's waterproof and then install the hardware inside.
I'll go over some of the specific parts more in an upcoming post, but Here are some more images of the current design.